In beginning the search for a suitable site for a ground-up development in San Antonio, Texas, the first step is to determine the prevailing market rents.  Generally, San Antonio rents at lower prices per square foot than many first tier one cities and although construction costs are lower than in some of those cities, there is still a gap in some parts of San Antonio between construction costs and what the rental rates can support.

In this study, all units successfully ​rented Janurary 2016- August 2016 inside loop 410 (the first ring road) between $1,800 and $10,000 a month were collected. This dataset includes only MLS listings; it was broken down into smaller categories and mapped below to help determine where high rental rates can be supported in urban San Antonio. All of the results fell into roughly the same geographic boundary, which would suggest that Downtown, Tobin Hill, Monte Vista, the Broadway Corridor, River Road, Mahncke Park,  Olmos Park, Terrell Hills and Alamo Heights can support higher construction costs on build-and-hold ground up development. 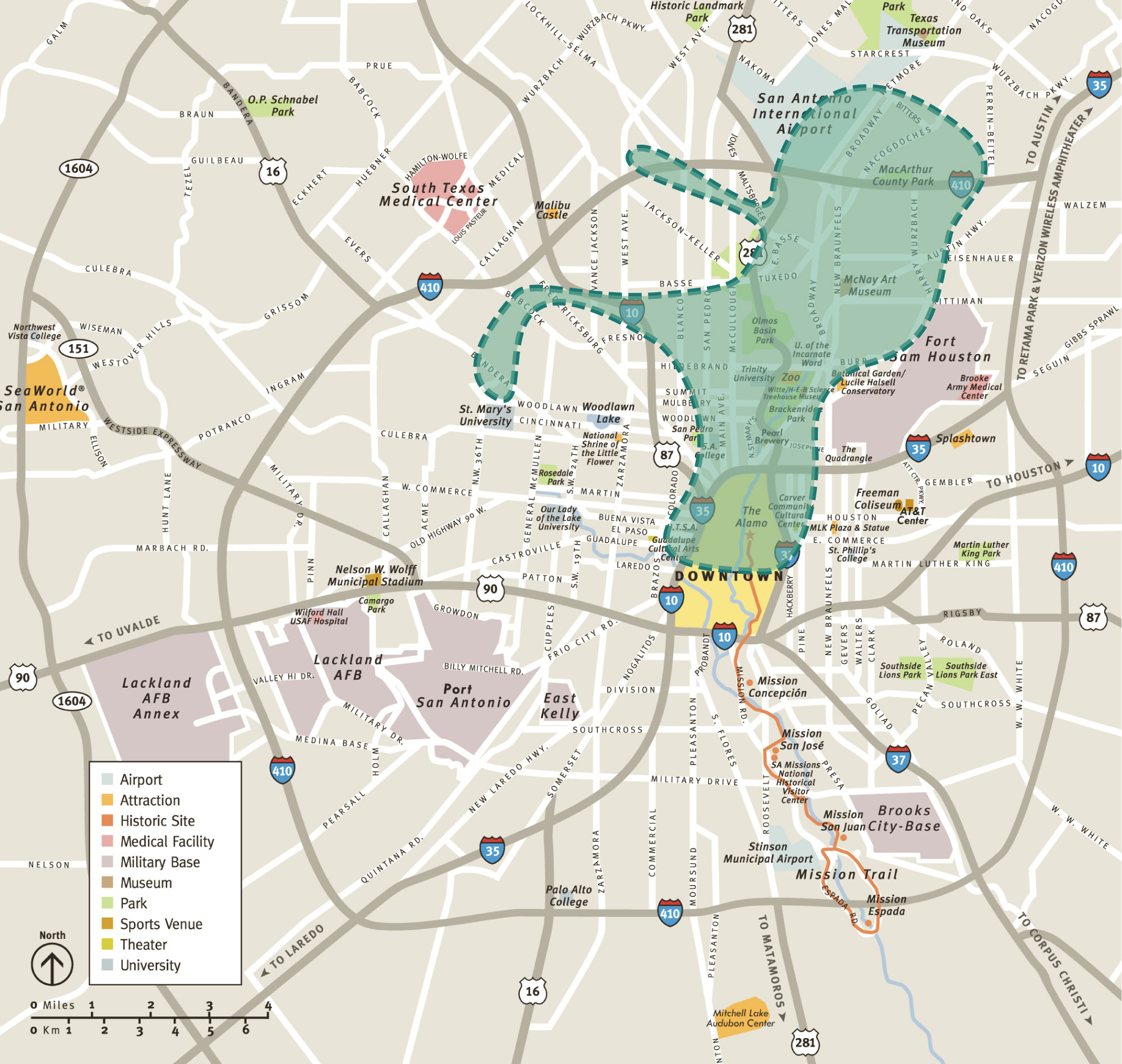 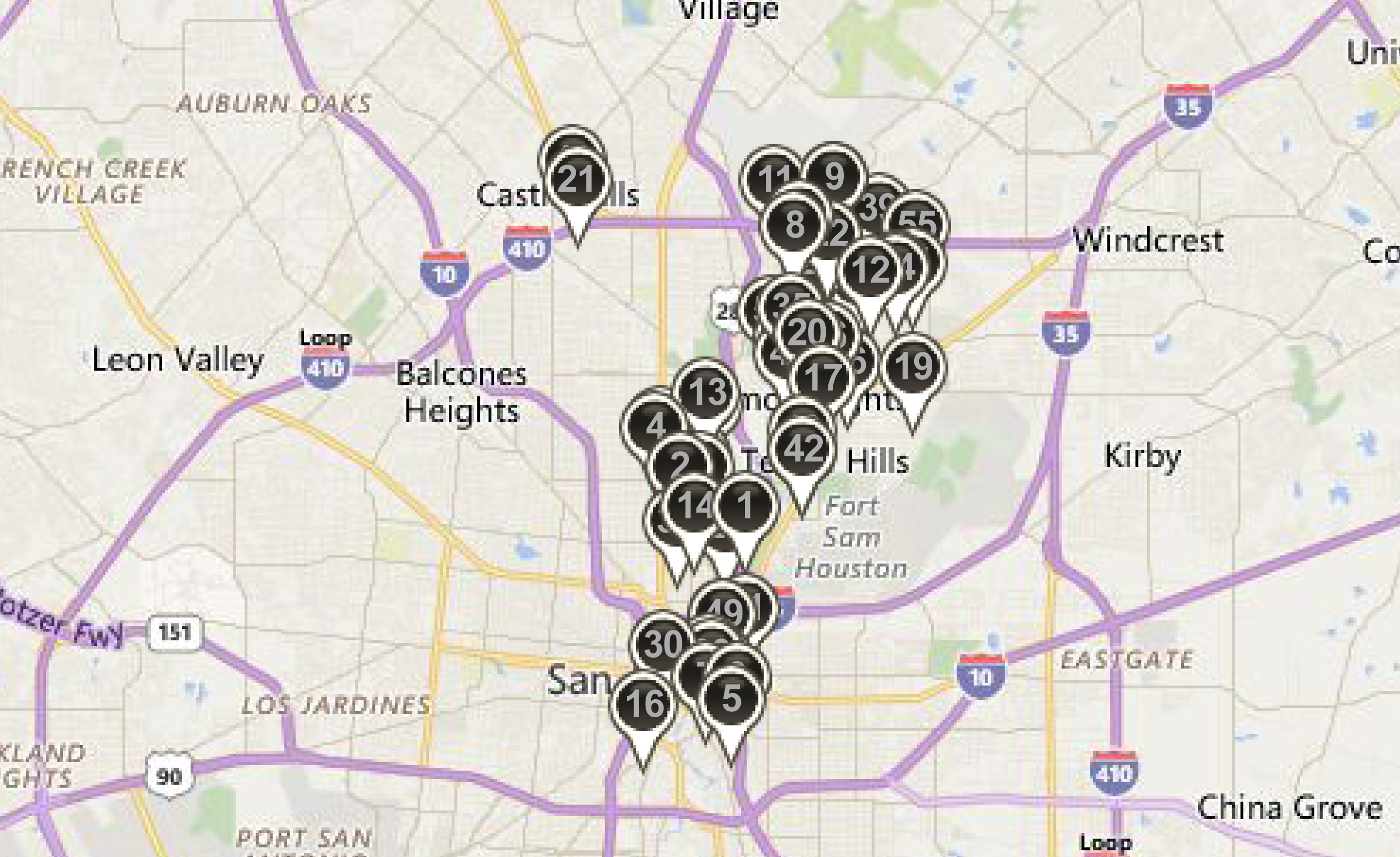 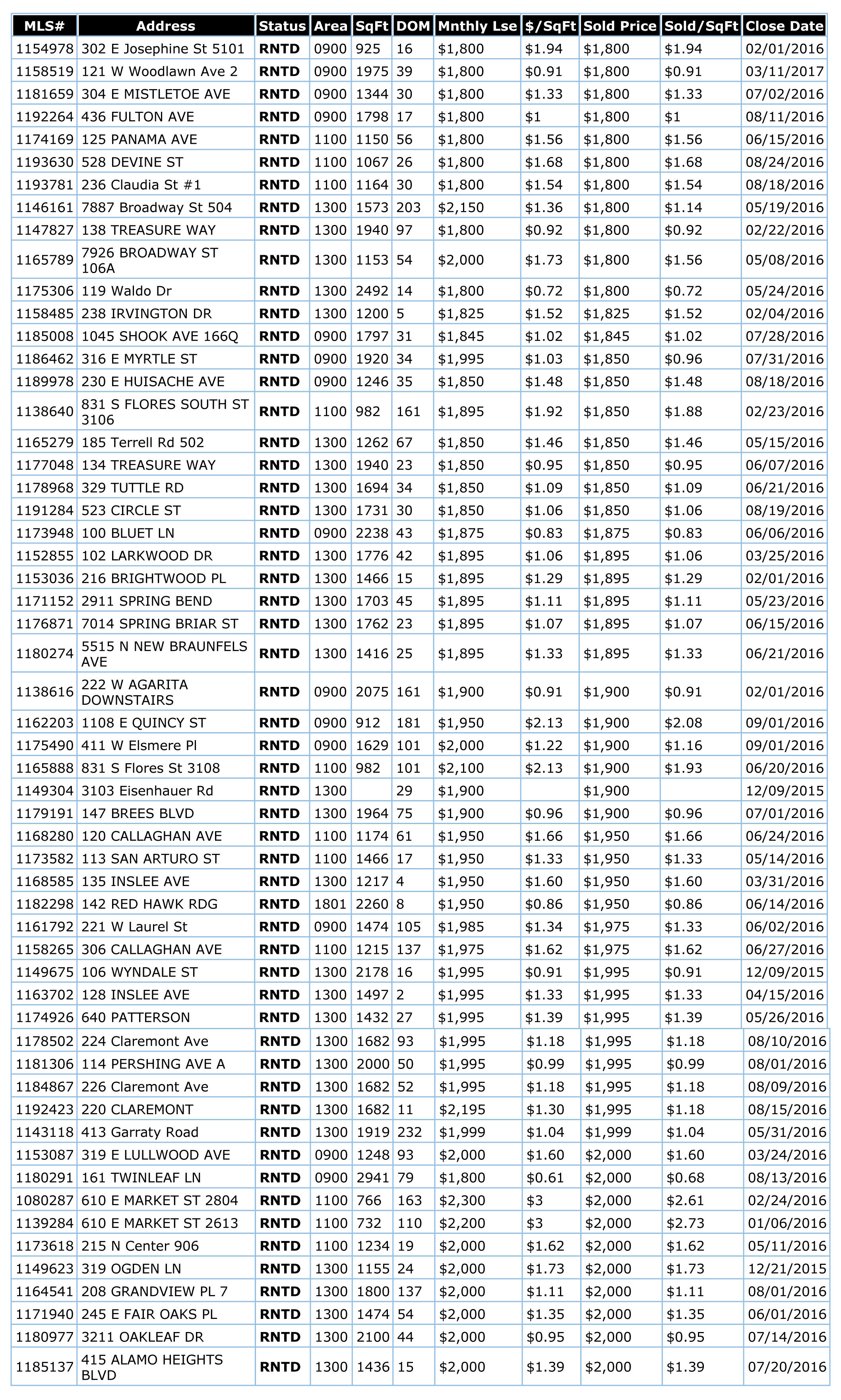 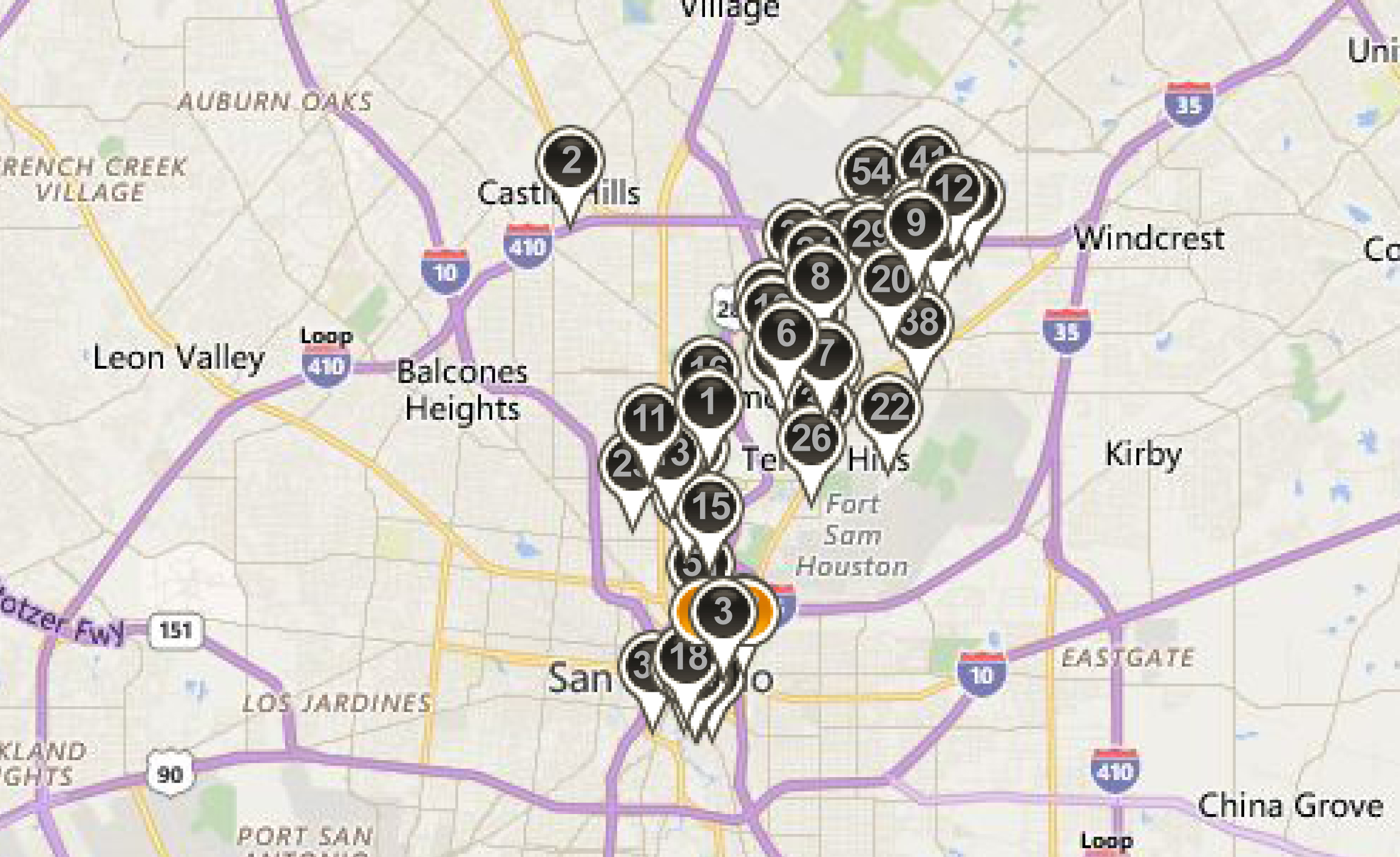 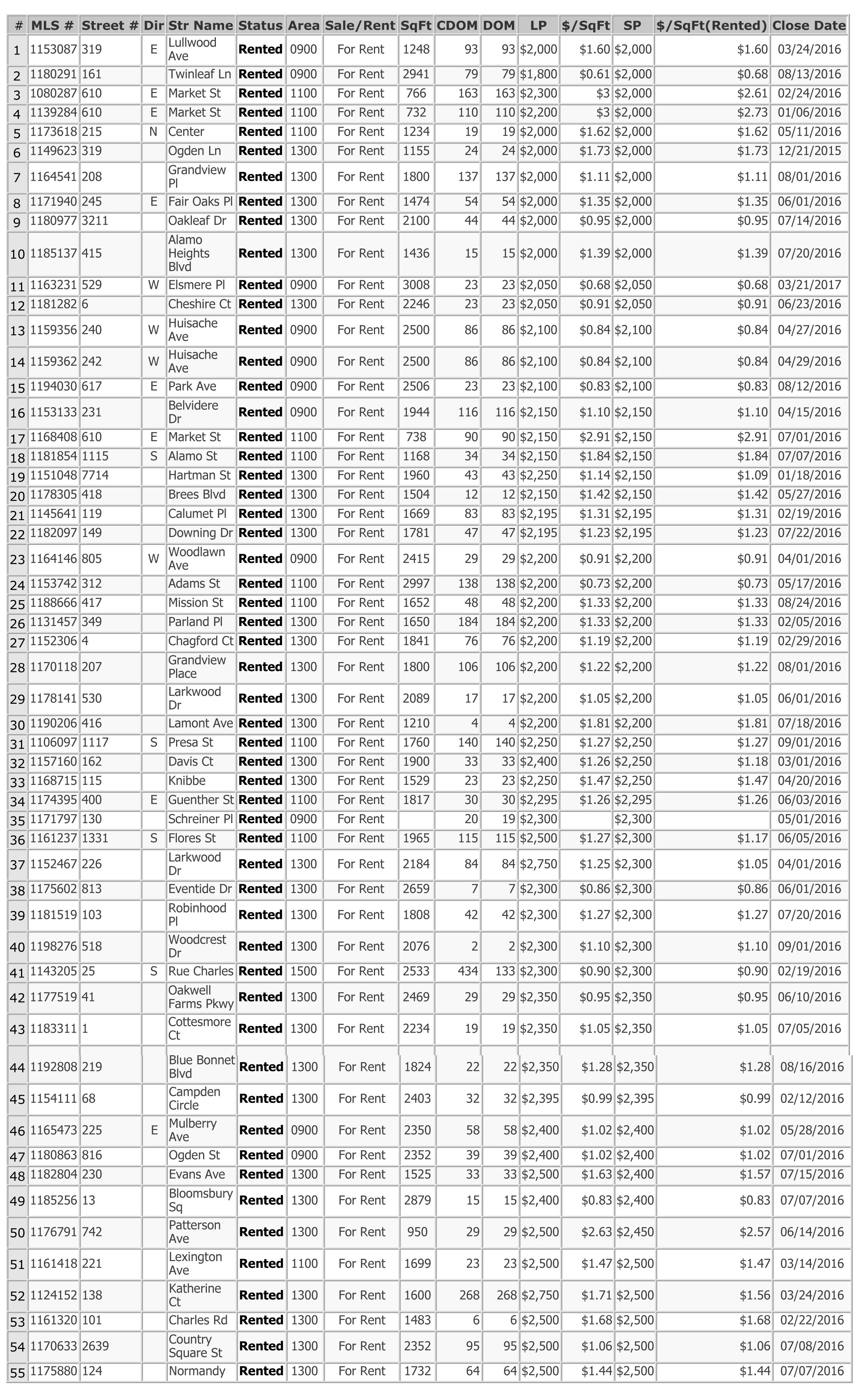 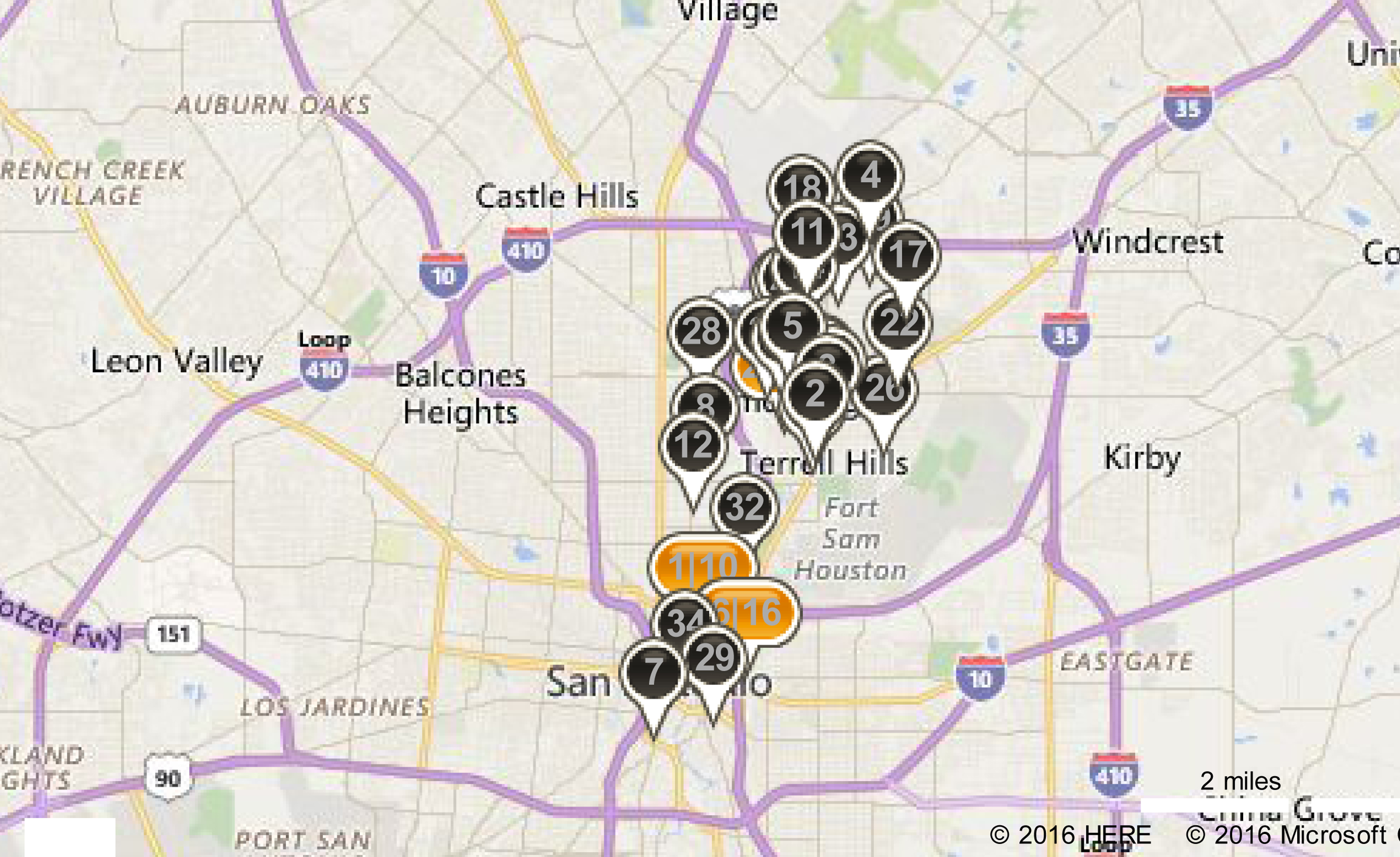 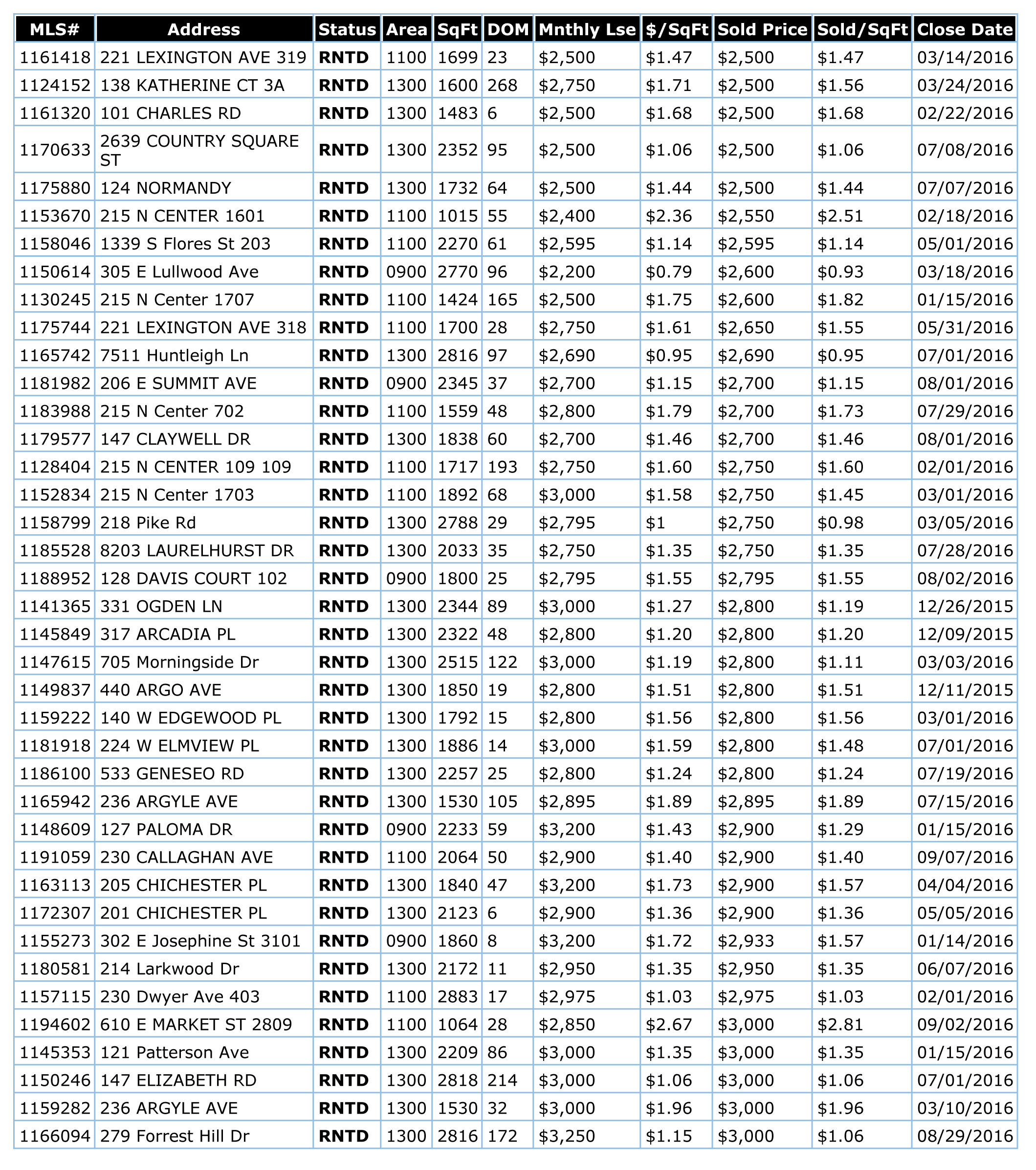 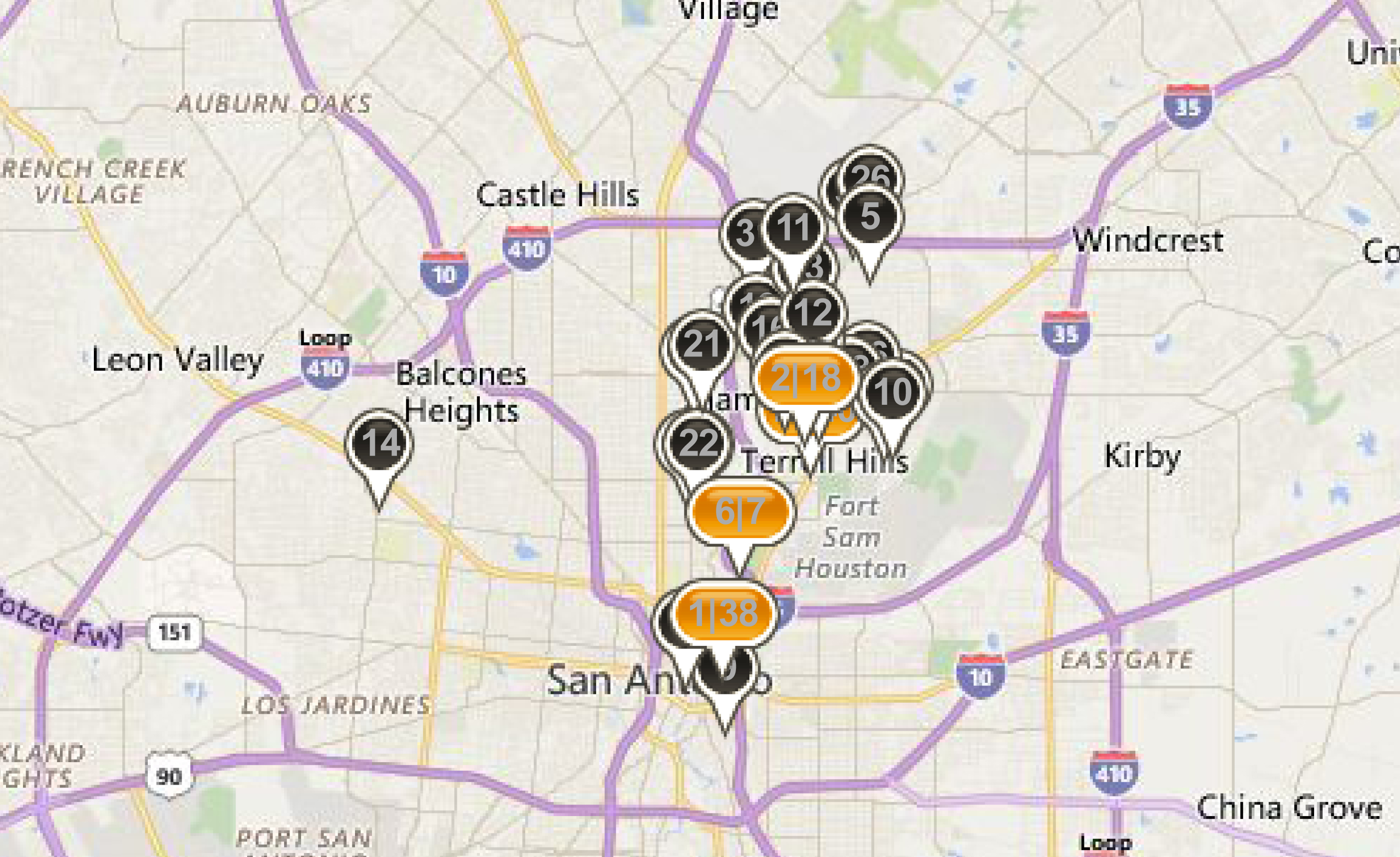 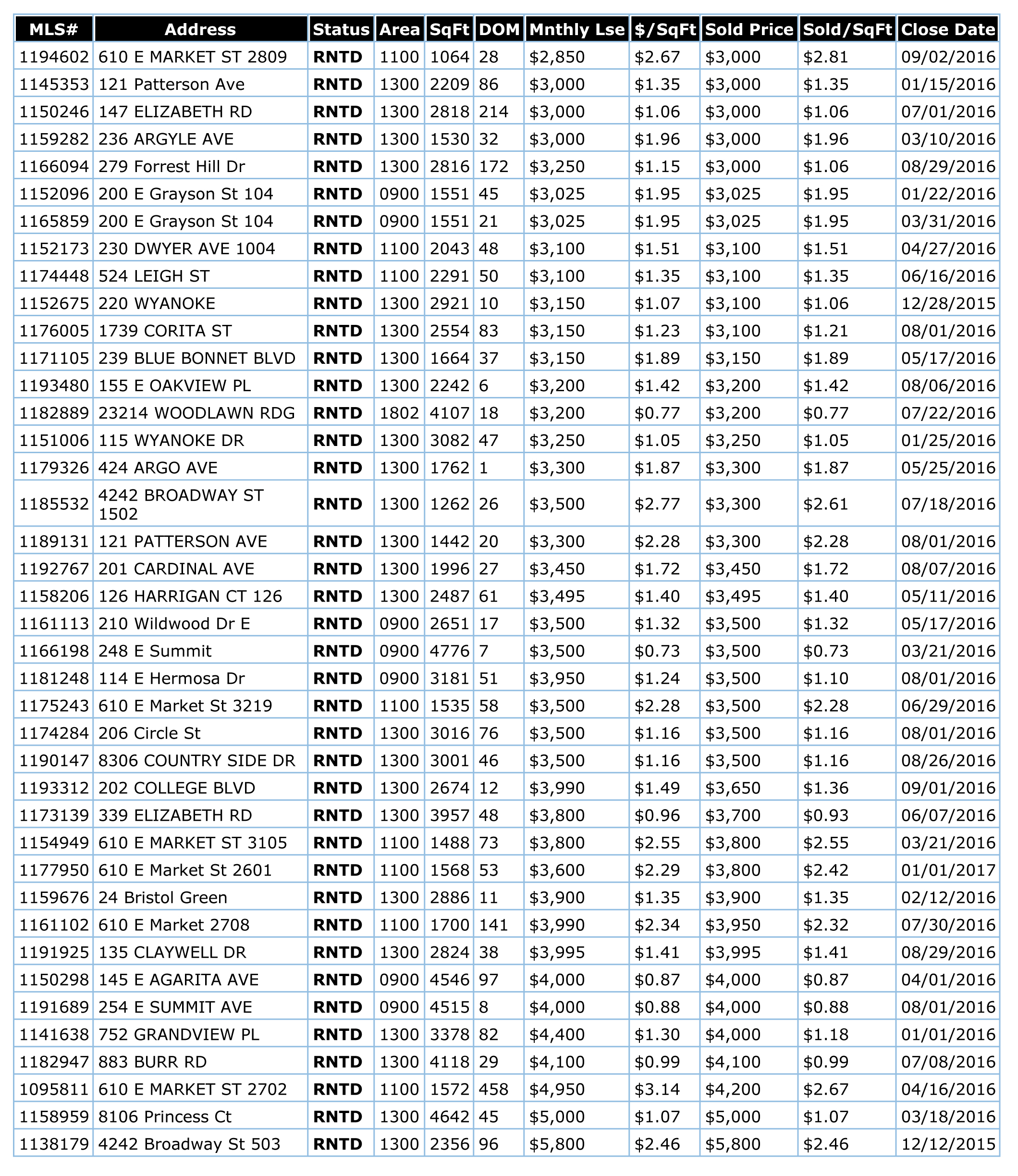 Although construction costs are lower in San Antonio than in some other tier-1 cities, there is still a gap in some parts of the sub market between construction costs and what the rental rates can support. Here are the areas in the metroplex that are most likely to support high quality rental housing development.